My Viking app for Mobile Vikings

Mobile Vikings is a true pioneer in the telecom industry and offers subscriptions and prepaid SIM cards with unique formulas. Mobile Vikings’ customers enjoy many types of benefits, such as beneficial rates, free calls and text messages to other Vikings and Viking Deals for a lower telecom bill. The provider mainly focuses on users that require a lot of cellular data in their plans.

Mobile Vikings is part of DPG Media, a fusion of the former MEDIALAAN and the Persgroep Publishing. DPG Media owns other famous Belgian brands such as VTM, De Morgen and Qmusic.

The challenge: revolution to a modern and easy-to-use app

Mobile Vikings offers a Viking app on iOS and Android that allows users to check their current usage, remaining data, current promotions and more. This app has become very outdated over the years and it was difficult to make simple adjustments, such as adding new products.

Additionally, the app was very complex and written in two different versions: one for iOS and one for Android. Therefore, changes in the app had to be made twice each time to keep the functionality of both versions the same. And that meant a twice as high development cost.

To address these concerns, Mobile Vikings chose to develop a completely new app. The new Viking app not only had to perfectly fit the look of Mobile Vikings as a pioneer in the telecom industry, they also dreamed of easy maintenance and a smooth user experience for all Vikings. And ACA helped to make this dream come true!

Our solution: an innovative app that excels in usability

Mobile Vikings wanted to provide their customers with a pleasant working solution as quickly as possible. To solve the most urgent issues within the outdated app, we first analyzed the app and made some small and quick adjustments, such as support for new products, some visual improvements, and support for older devices.

After this first optimization phase, we started to work with Mobile Vikings to develop a completely new Viking app. During the next phase, we brainstormed and set up several workshops, in which we examined a new app together and mapped out improvements and requirements. 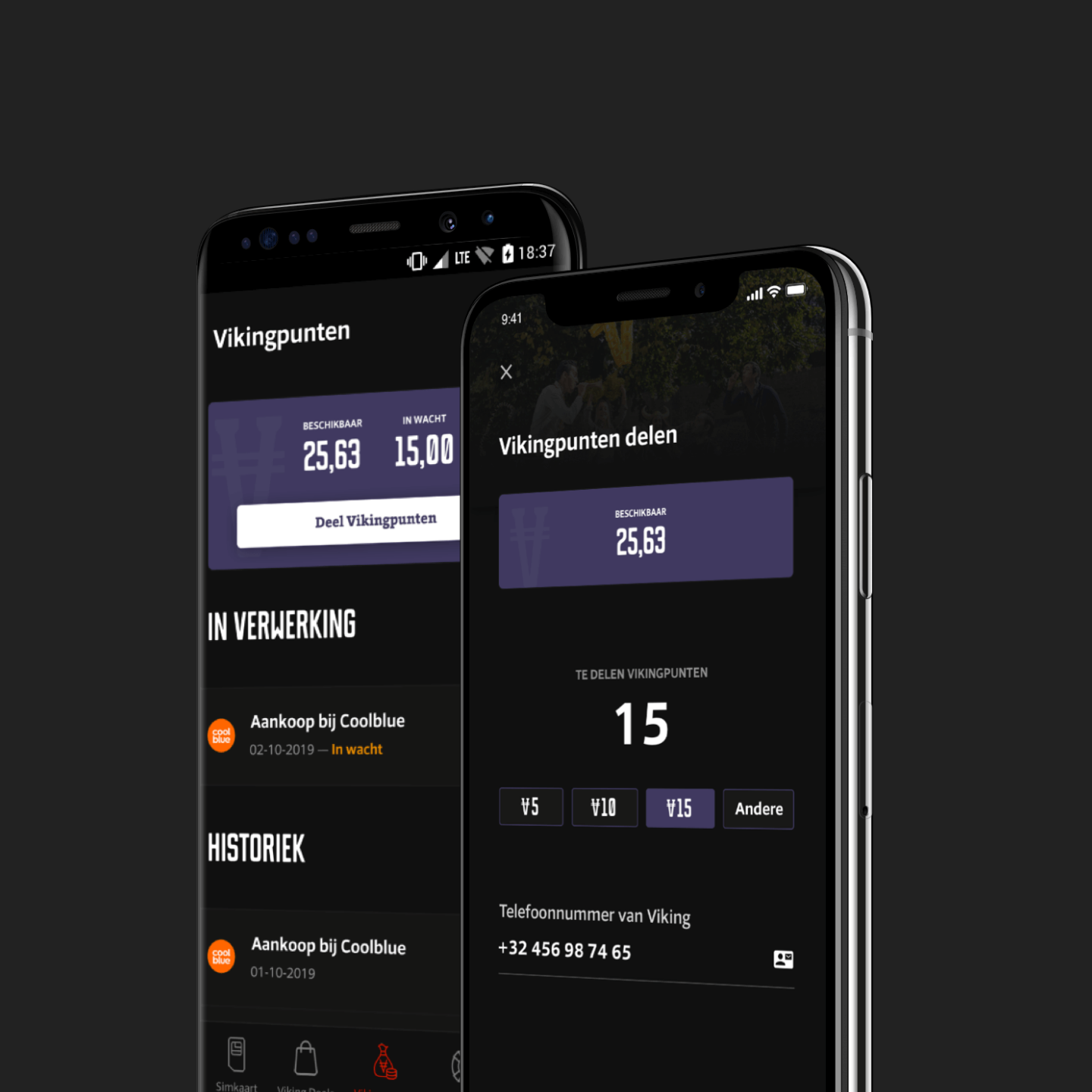 Innovative, future-proof and easy to maintain

ACA chose the innovative React Native technology because it offers two vital solutions: a drastic reduction in development costs and easy maintenance. With React Native, we developed the new app in the weblanguage React. The final output of that development is a native app on both iOS and Android. Developing in just one language means we only need to make adjustments once, fix bugs once and only learn and maintain one codebase. This ensures a lower development cost, while Mobile Vikings is still able to offer a cross-platform app.

Because React is a web language, the web developers at Mobile Vikings can understand how the new Viking app is built. This makes it much easier for them to get to know the codebase and further develop the app. In turn, this makes small adjustments and maintenance much easier to perform and a greater amount of independence for Mobile Vikings. 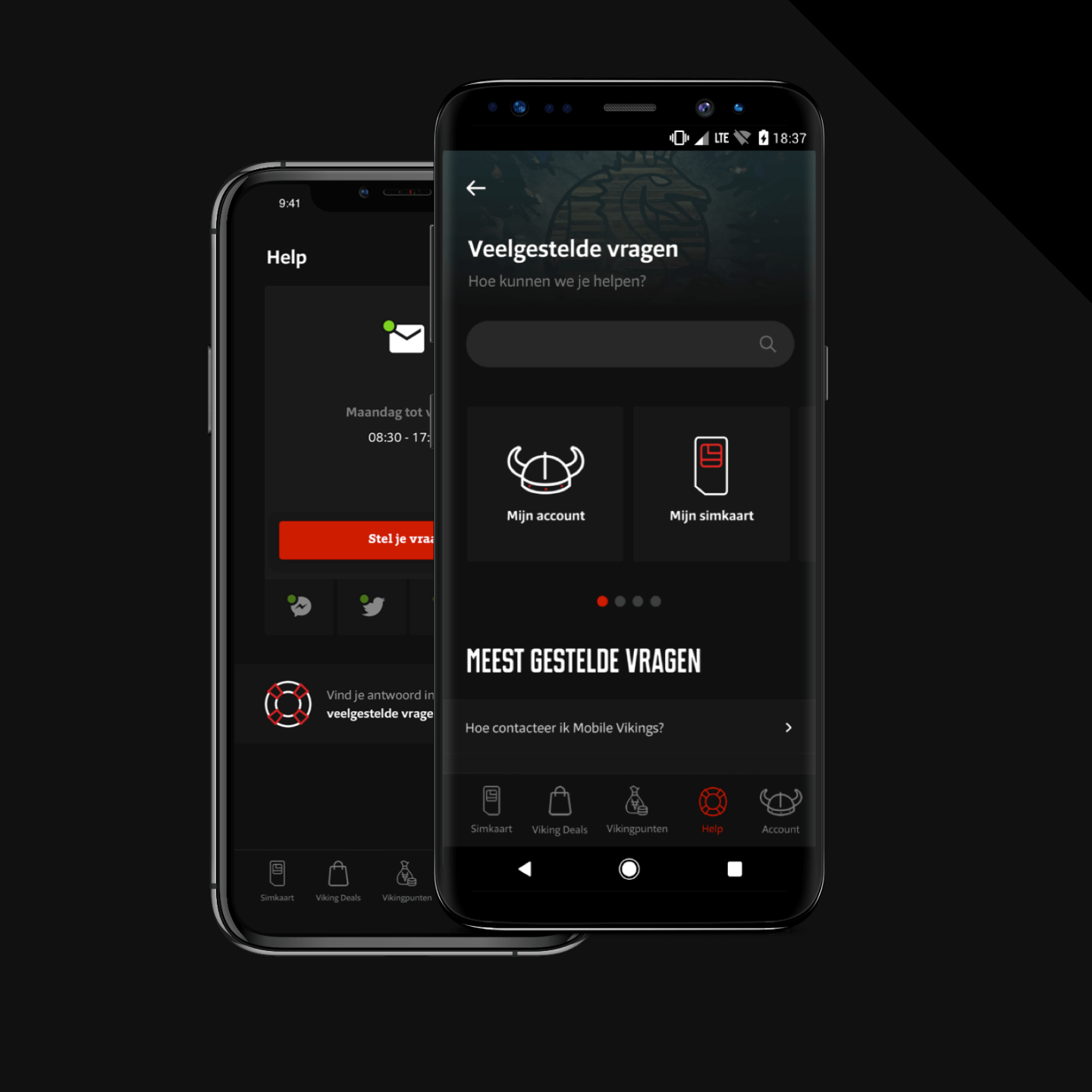 A clear and attractive app interface is important for end users, which is why we’ve spent a lot of time on the User Interface (UI) and the User Experience (UX). Starting from the brainstorming phase all the way to during development, we gave and received a lot of input, worked closely with the internal UX and UI designers and examined all feedback critically and carefully. These combined efforts led to an app with a clearer and consistent flow between the various screens.

We also have made strong progress together on a functional level: end users can now view and activate Viking Deals via the app, we’ve added much more accessible FAQs and users can now easily find or choose their SIM in a new dedicated screen.

Need more information about us or this customer success story?

Tom is here to help.