The Jessa Ziekenhuis is one of the larger non-academic hospitals in Flanders and originated by bringing 4 hospitals in Hasselt (BE) together. The hospital strives to provide the best possible patient care, therefore willing to invest in good IT infrastructure. Like many hospitals, Jessa Ziekenhuis faced the challenge of a more efficient exchange of information through an integrated and digital patient file system.

Jessa Ziekenhuis was looking for a partner to rewrite their Electronic Health Records software (C2M).

As a solution, we built GEMS: the Global Electronic Medical System.

ACA Group has years of experience in building complex custom software projects. By combining our Agile methodology and the right technical knowledge, we were able to quickly deliver the first results. During the project, we faced a couple of challenges:

Besides those, there were also some functional challenges, like 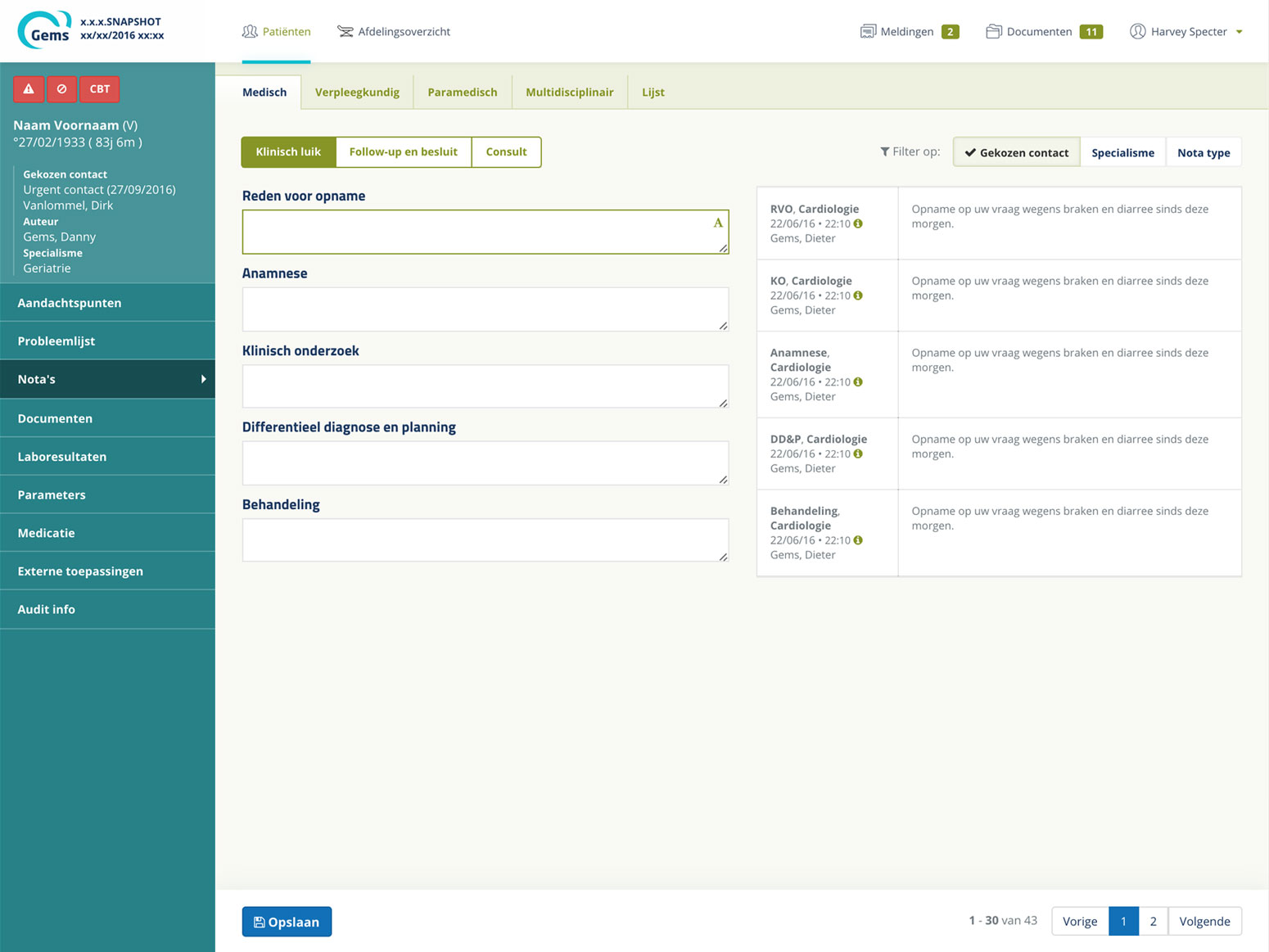 How did we handle this?

Together with the Jessa Ziekenhuis, we set up a joint development team that worked through all iterations of the new software. This joint team consisted of application administrators and various profiles from the healthcare sector. The team used the best practices from XP, Kanban and Scrum methodologies.

A wonderful and user-friendly application

From the start of the project, it was clear that the end users had to be able to use GEMS with minimal training. Quick interaction with the application was also crucial. That’s why we invested a lot of time in a great UX and UI, and this wasn’t without result! 80% of all interactions of users between two different screens happens in less than 2 seconds and end users deemed the interface quick and intuitive.

For the technology stack, we developed a back-end in Java in an OSGI modular approach on a Felix application server. Some time ago, ACA built a Java Platform that combines a number of modern and constantly evolving tools and frameworks. This way, we can jump start projects and quickly start development. We were happy to use this ACA Platform for GEMS as well. We used IntelliJ for the development itself.

For the front-end we developed an Angular application and showed it to end users through WebPack in an Electron UI.

We tested GEMS thoroughly. We aimed for a high test coverage and different kinds of testing on all layers of the application. We used Protractor, Junit, Karma, JMeter and Selenium for this. Jenkins automatized our entire build, release and installation. Our provisioning happened on Linux using Ansible and Docker.

For the support of the project, we used the Atlassian Tooling. Monitoring happens with the New Relic suite.

GEMS went to production in July 2017 and followed a strict schedule for its rollout. During 7 months, all departments of the Jessa Ziekenhuis were trained and configured. The entire migration of C2M to GEMS was ready by March 2018. Since that moment, we have only needed to dolimited maintenance on the system and added some feature requests to GEMS.

GEMS and all its functionality has been delivered completely on time and within budget. Jessa Ziekenhuis had a clear overview of the entire project before, during and after development. We are proud that there hasn’t been any unplanned unavailability during this entire period. GEMS now serves about 2500 users on a daily basis.