Unless you’ve been living under a rock for the past couple of years, you’ve probably heard about ‘blockchain’. Blockchain will give rise to the fourth industrial revolution, it’ll fix the broken internet, disrupt every industry and change the world. Blockchain seems to be the focal point for every business problem. Apparently, ignoring it is corporate suicide… So, are you ‘blockchaining’?

What do you mean, ‘blockchaining’? 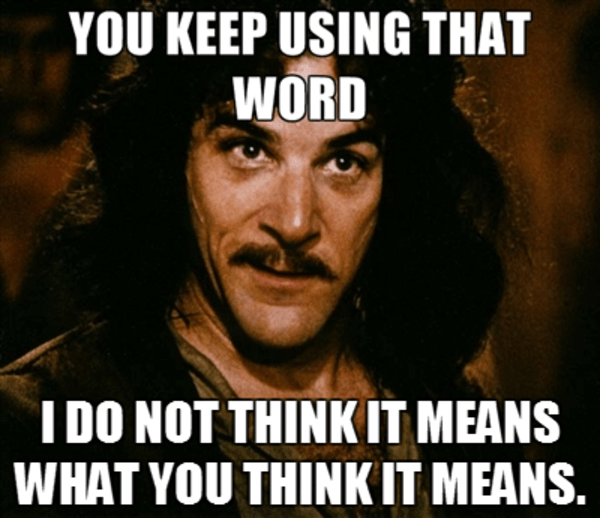 Is it ‘the blockchain’, ‘a blockchain’ or just ‘blockchain’, or should we give it more respect and write ‘Blockchain’ with a capital letter? The fact of the matter is that most people know the concept, but poorly understand it. There’s no universal definition, and there’s widespread disagreement over which qualities are essential in order to call something a blockchain.

Do you know there is a whole classification of blockchains: from public and permissionless to private and permissioned? Moreover, a blockchain is often just one of the possible solutions in the bigger space of DLT (Distributed Ledger Technology). The International Organization for Standardization is working on a definition since 2016, but up till now it’s still ‘under development’. It’s difficult to have a conversation about advancing a technology or using it when we all mean different things when we talk about it.

“Observation: use of the word blockchain as an uncountable noun (“I’m interested in blockchain”) is a predictor of technical cluelessness.”
– Arvind Narayanan, Assistant Professor at Princeton University 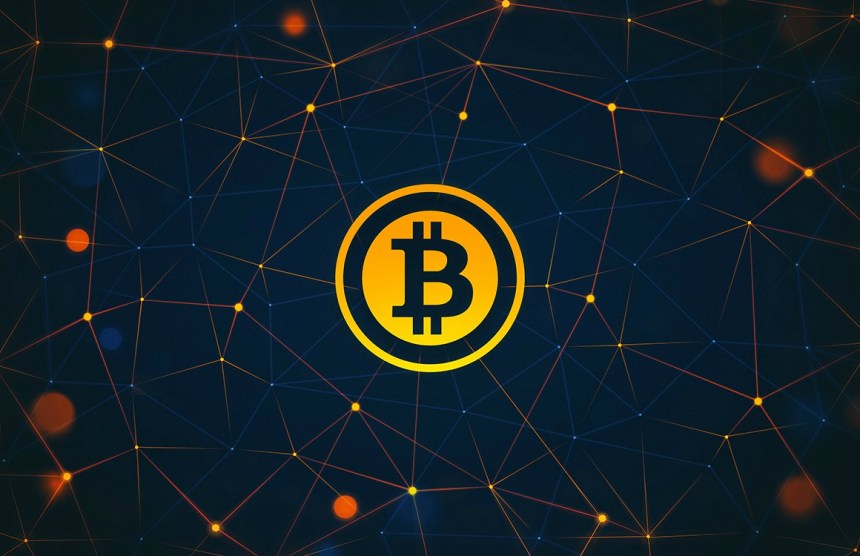 Although the initial bitcoin whitepaper never mentions the word blockchain – it does refer to a ‘chain of blocks’ it is generally accepted that bitcoin is its first implementation. Even more, when people talk about ‘the blockchain’, they often refer to bitcoin: for some, they have even become synonyms. Let’s have a look at some of the qualities of bitcoin and how it achieves them. This way, we’ll get a feeling about what people understand when talking about a blockchain. First though, we need to dive a bit deeper into the bitcoin specifics.

Bitcoin in a nutshell

Bitcoin is a way to store value in a secure way and to exchange that value without the need for a trusted third-party. An algorithm limits and describes the supply of that value.

The value is stored in a ledger which is organized in chronological blocks of transactions (e.g. X received 2 bitcoins from Y). The blocks are chained together by means of a cryptographic hash. This means that one cannot secretly change a block without having impact on all the blocks that follow. 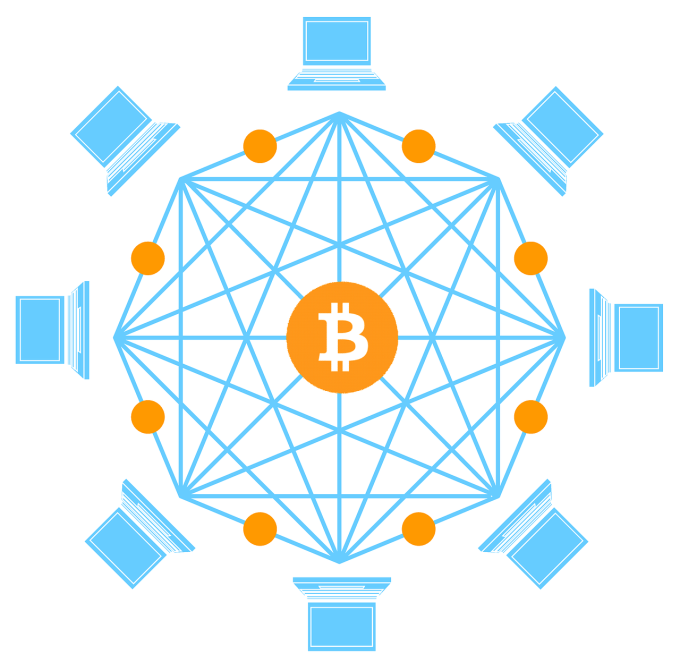 The ledger is moreover not stored in one place, but it’s distributed on all nodes in an open peer-to-peer network. Each node can verify whether a block of transactions is valid and should be added to the ledger. Although this happens independently, the ledger is eventually consistent: in the long run every node agrees on the same contents of the ledger. That’s because of a consensus algorithm called Proof-Of-Work (PoW).

This gives bitcoin a couple of qualities: 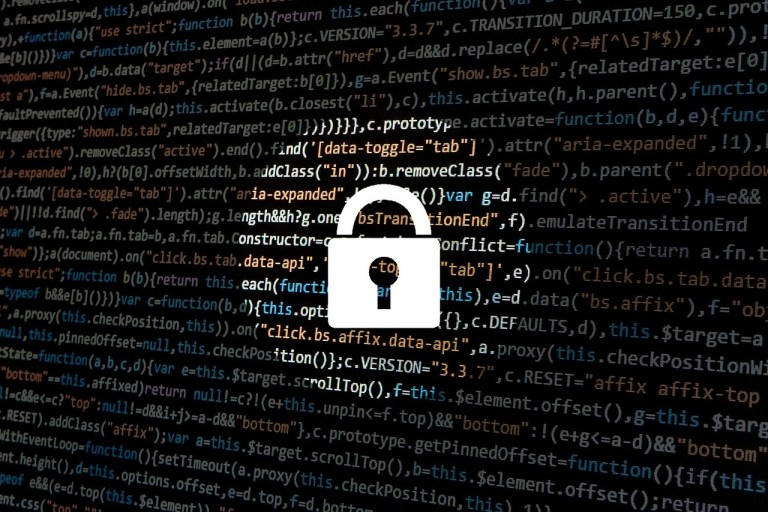 To enable trust in bitcoin, the ledger has to be immutable. Otherwise, the history in the ledger could be rewritten and a merchant would never be willing to deliver a good or service in exchange for some bitcoin. After all, if someone rewrites the ledger, a merchant might send goods over while the transaction for those goods is left out during the rewriting of the ledger. The person rewriting the ledger would then receive the goods for free.

So, the ledger has to be immutable. But how does it achieve immutability? It isn’t immutable purely because it is inside a distributed blockchain, the ledger is immutable because of its consensus algorithm, Proof-of-Work. The hashes used to link the blocks together are part of a cryptographic puzzle. Solving the puzzle can only be done by calculating an awful lot of hashes, which is called the Proof-of-Work.

Like I said above, the ledger is eventually consistent because every node agrees on the same contents of the ledger in the long run. Loosely said, the nodes will only add new blocks to the chain which contains the most Proof-of-Work, i.e. the ‘longest’ chain.

However, without the PoW, a consortium holding a lot of computing power can present the network with an alternative, longer and valid chain, not containing a certain transaction. But because of PoW, the cost and time needed to calculate such a chain would soon be immense and no longer in proportion to the delivered good. That consortium would soon have to spend so much money on energy, it would no longer be economically viable to change the ledger. It’s more profitable to play the game according to the rules than trying to hack it.

Bitcoin eliminates the need for a trusted third-party to facilitate and secure the exchange of value. Every individual on earth without any form of permission can read the ledger, initiate transactions, verify and validate each other and propose to add a new block to the ledger. Bitcoin is open, transparent and neutral. It is not serving the goals of any person, organisation or institution. There is no good or bad transaction, no authorized or unauthorized transaction, no legal or illegal transaction. Transactions are only valid or invalid according to the algorithms defined in the bitcoin protocol. As such, censorship (and fraud) is not possible. Trust has shifted from a financial institution to a set of algorithms and a network. All of these are open and everybody is free to participate.

It’s impossible to shut it all down (high availability)

Because bitcoin runs on an open peer-to-peer network, all nodes are considered equal and everyone is allowed to make the network bigger and thus stronger. There is no single point of failure, no (weak) component to attack. The network is always on. And even though it costs a lot of (fiat) money to operate a mining node, the total hashing rate is still increasing exponentially. An incentive is given in the form of Bitcoin – a value intrinsic to the ledger you’re validating – when proposing the next valid block. Game theory at its best!

Following the rules of the game is most profitable (secure)

Bitcoin has been running for almost 10 years now in the most insecure environment you can imagine: the internet. At the time of writing the total market worth of bitcoin is more than an astonishing €133 billion. It is the largest bounty program ever run in the history of mankind and yet bitcoin still stands. It’s designed to run in an environment in which you trust no one, in which you assume your neighbouring node is malicious. Bitcoin depends on strong cryptographic algorithms to ensure that only the owner can spend his bitcoin and that he can do that only once. Validating transactions is part of the consensus algorithm and incentivized by earning bitcoin. As stated above: playing the game is more profitable than trying to hack it. All these things increase trust in the bitcoin network.

So now we’ve seen that none of the above properties associated with the bitcoin blockchain arise from a single technology. They are the result of a complex and delicate interplay of several (existing) technologies and algorithms. What does it mean when people claim that blockchain technology is the true disruption of bitcoin? Do they refer to an immutable distributed ledger? Openness? A peer-to-peer network topology? Consensus through PoW? An intrinsic token (value)? The game theory that glues everything together? Or is it like a buffet that you can choose from and pick whatever you want?

It should be clear by now that everything depends on each other. Leave out one single ingredient, and none of the properties still hold.

“Banks saying that the blockchain is the disruptive technology behind fraudulent bitcoin, is like horse buggy manufacturers in the 19th century claiming that pneumatic tyres are the real revolution in the transportation sector, not the dirty combustion engine.”
– Bitcoin advocate Andreas M. Antonopoulos

Until there is a standard defining what a blockchain is, blockchain will mean different things to different people. In the end this doesn’t matter, just don’t be blinded by the (overly?)hyped term ‘blockchain’. Be critical and look at the qualities people claim to achieve by using a blockchain and how they achieve these. As we have sketched above, a blockchain in which you cannot participate has no value to you. It gives you little or no guarantees at all and it certainly shouldn’t increase your trust. It’s just a shared database from your point of view.

Hail to the public, permissionless blockchain?

Does this mean that the bitcoin blockchain is the only true blockchain? Certainly not! Ethereum, Zcash, Monero, … are all public, permissionless blockchains with their own features and goals. They all have the same set of qualities described earlier.

What about private and permissioned blockchains? These gain more and more popularity in corporate environments. Private blockchains have an access control layer built in. This means that at any time you can control who can read (parts of) the ledger, initiate a transaction and create or verify a new block. Because every participant in the network is known (identified by a certificate), the whole interaction changes and a lot of concepts used in the bitcoin blockchain can be simplified. For example, the energy hogging PoW algorithm is often replaced by a dedicated network service that can implement a much more eco-friendly consensus algorithm. Of course, this also changes the peer-to-peer network topology and its associated qualities, which might have to be compensated for in a different way if needed.

Private blockchains often exhibit qualities which are harder to achieve in a public blockchain, such as scalability, speed and privacy. They can be of a great value if you want to do business in an environment where trust is an issue.

Do you need a blockchain? 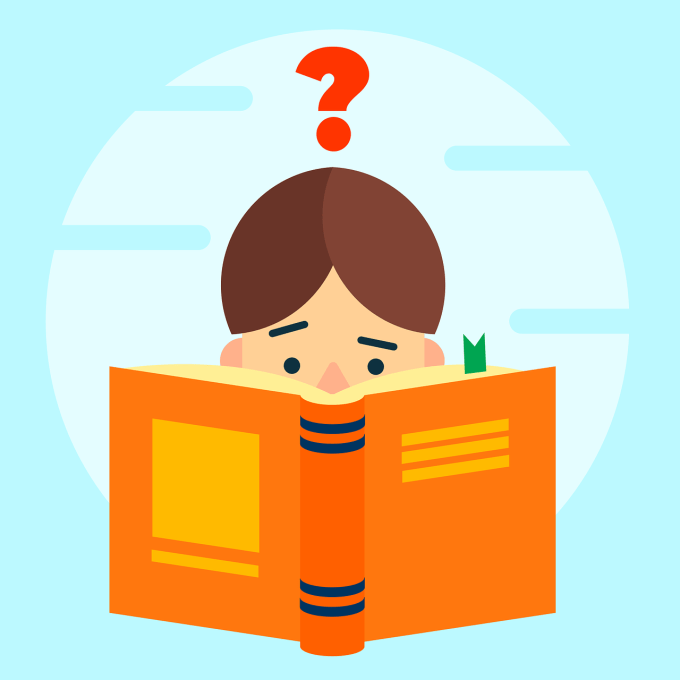 Blockchain technology, distributed ledger technology, or whatever you want to name it, has huge potential. But beware: it’s a complex domain. Changing a seemingly simple thing can have great implications on the qualities of the system you are designing. As always in engineering, there’s a trade-off. What do you want to achieve and what are you willing to sacrifice? Don’t just jump on the hype train by starting from a popular technology. Start from the problem you want to solve for your end user instead and see what technology fits best.

So how do you know whether your end users will benefit from blockchain technology? We can find out together! One of ACA’s missions is to unleash the true power of blockchain technology to create the emerging economic, social and political operating systems of the planet. We balance our passion for the technology with our knowledge of focusing on our users in the right way and at the right time.

Talk to us!
AUTHOR
Guy Veraghtert 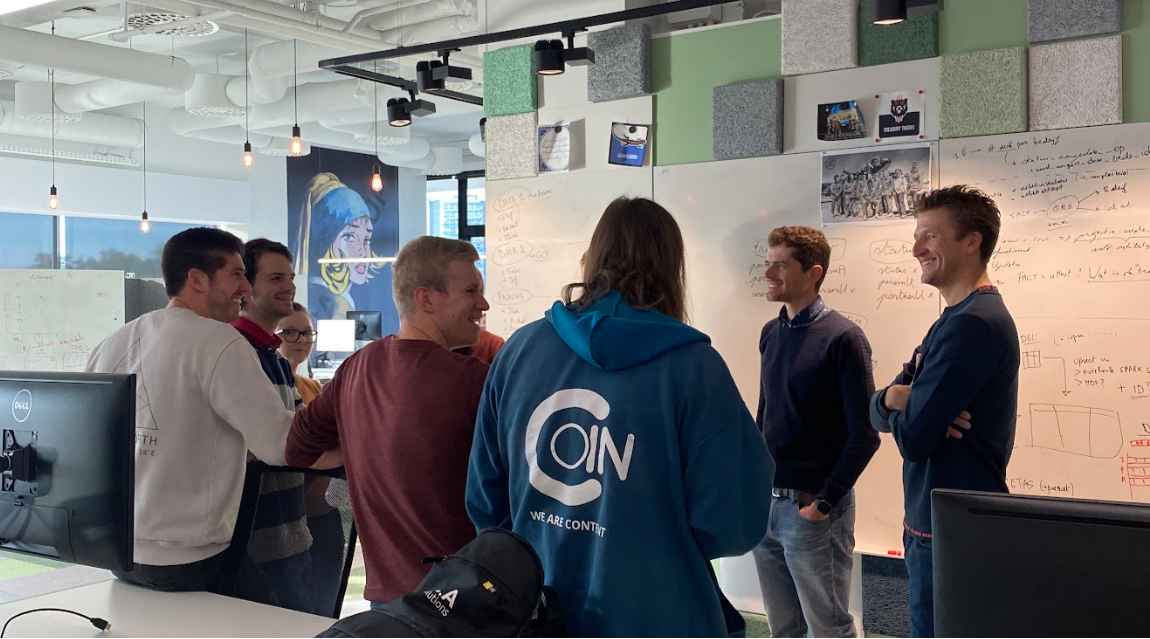 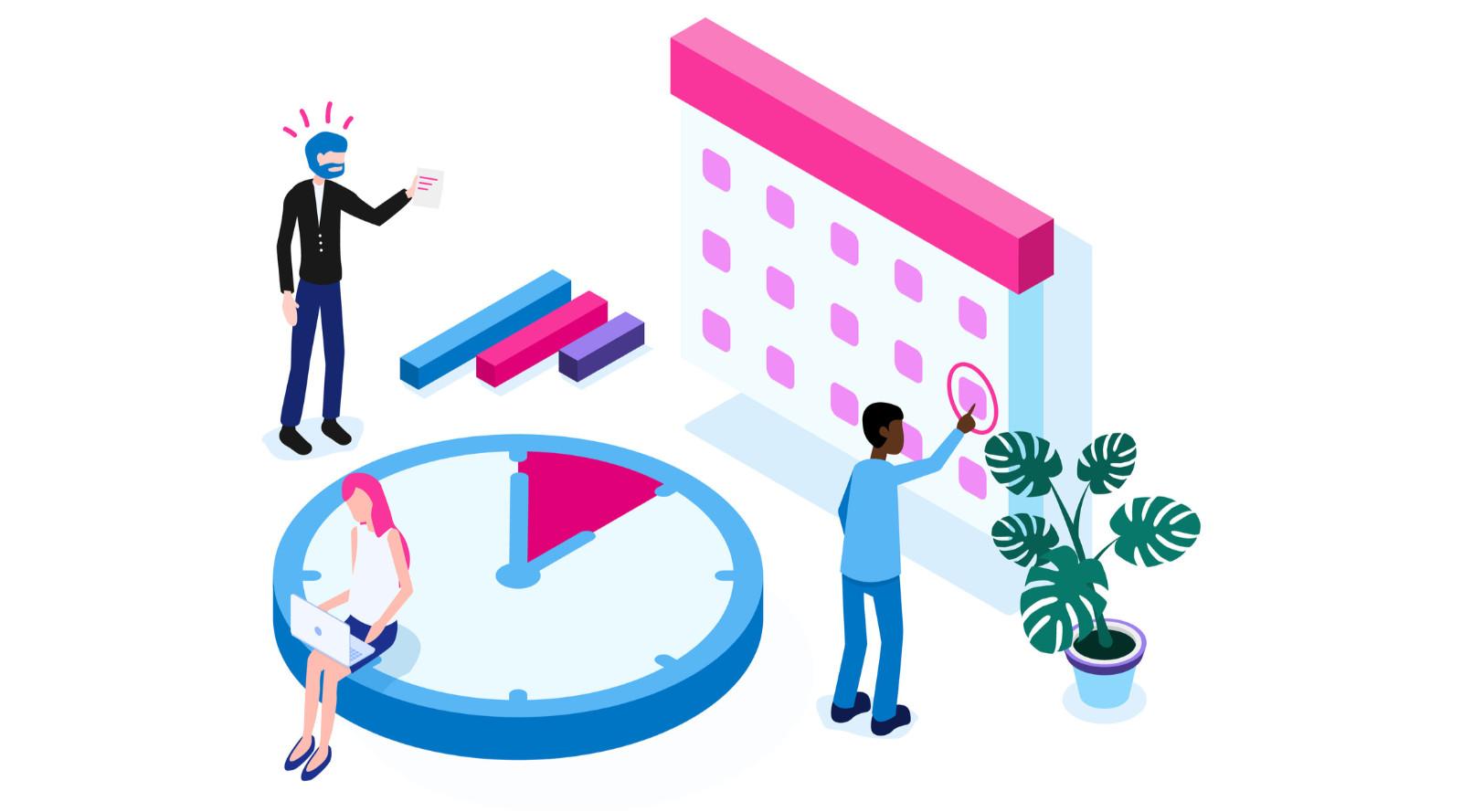 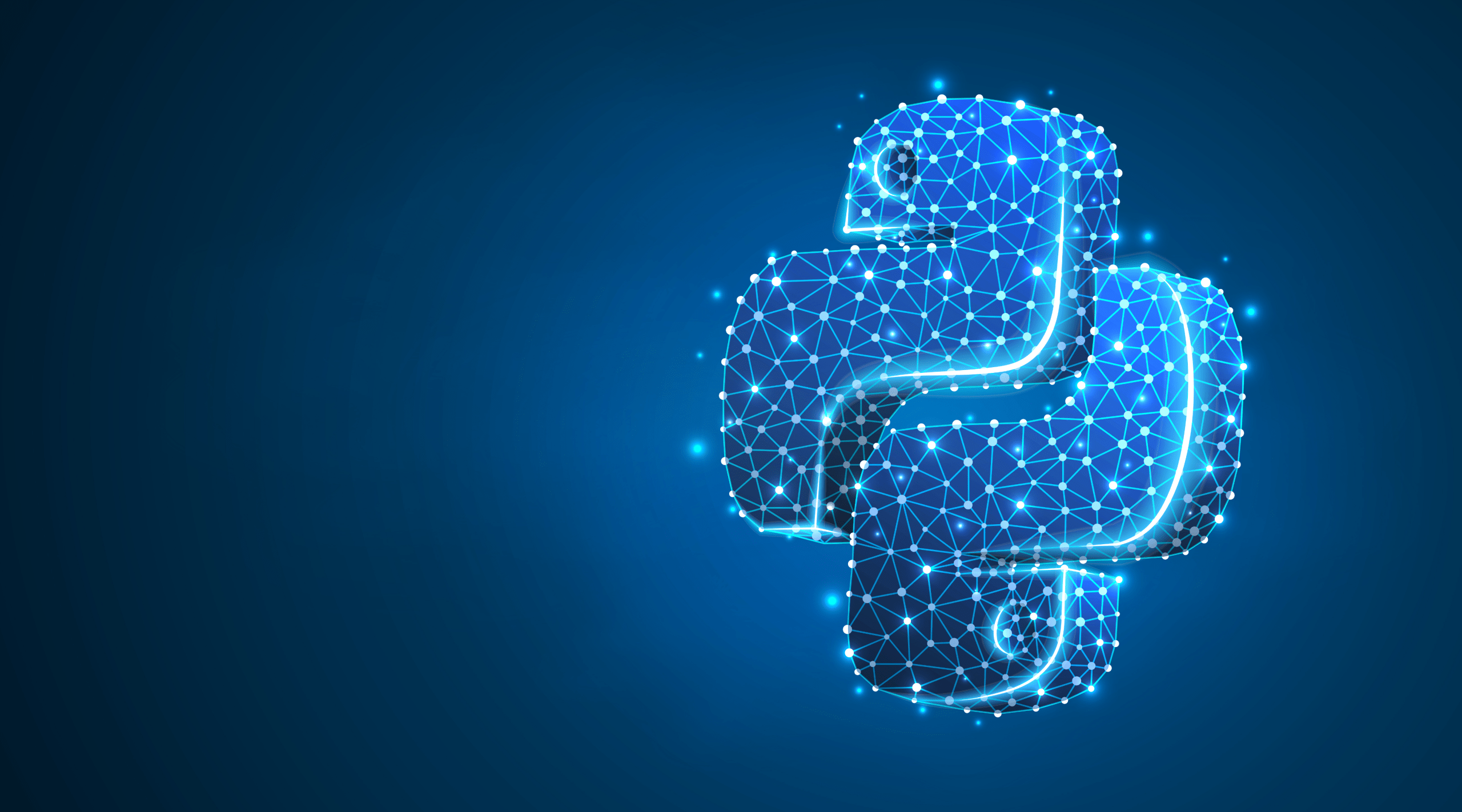